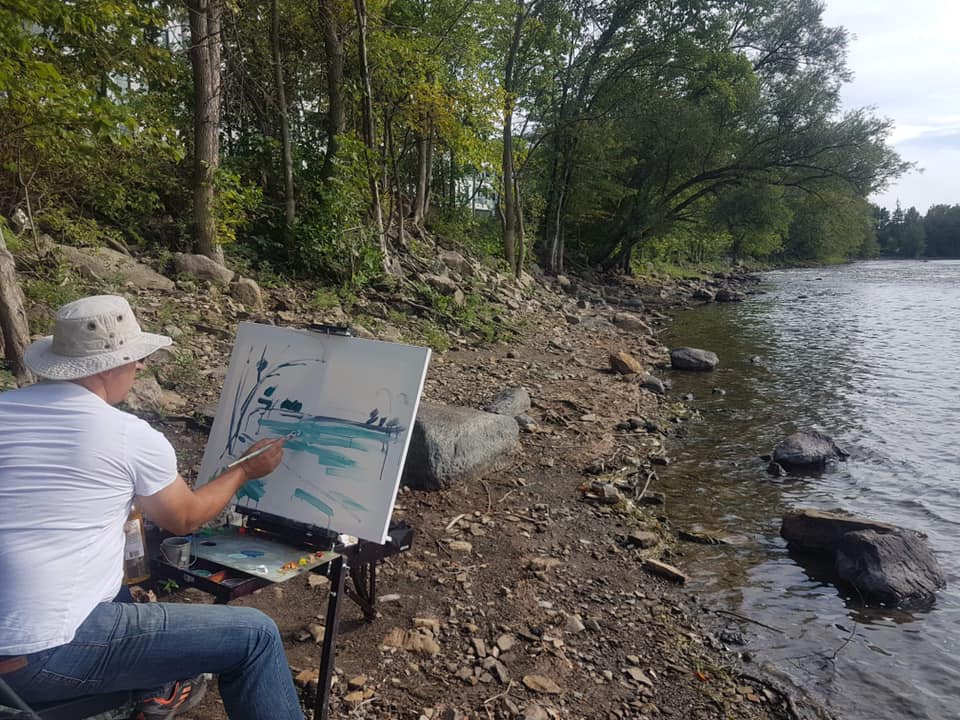 Rapi Sota (alias PLATONIS) is from Albania, in the Balkans, a peninsula which although located in central Europe, experienced war until the end of the 20th century. Hence the tense context on some of his paintings and a certain uneasiness on others.

Albania being a country famous for its breathtaking riviera, as well as for the notorious joie-de-vivre of its inhabitants, this explains why the expressionism of Rapi Sota (PLATONIS) is so lively and full of energy, lyrical and poetic at the same time, as if his brush was dancing a Strauss waltz.

His expression gradually passes from forms with very clear contours to free forms in their gestures to conclude with very colorful and blurred paintings, marked by spontaneity where passion, violence, and revolt are expressed. In certain explosions of color, we find the main features of European expressionism from the interwar period, where all the anxiety, the tormented world, and the pain of living through are depicted by the distortion of reality and free and expressive use of colors.

This may partly explain his great success at his solo exhibition in Jena City, Germany in 2003, where all his paintings (over 40) sold out for the first two days.

If expressionism is above all the art of emotion, endeavouring to describe the outside world in a language that is more emotional than plastic, surrealism frees the imagination by drawing on the subconscious, the unconscious, and the interpretation of dreams.

This other important group of Surrealist paintings by PLATONIS is particularly inspired by European Surrealism from the time when Freud’s psychoanalytical theories fascinated people and especially artists.

What we retain from PLATONIS’ pictorial exploration techniques is that he succeeded in taking advantage of this imaginary and dreamlike world not by interpreting his dreams, but rather by stripping their unconscious directly, during the aesthetic staging on the canvas. The dreamlike atmosphere characterizes a good part of this shutter combining the inner world of Rapi Sota with messages inviting to the reflection.

Landscapes constitute the third important corpus of his artwork. Enchanted by the magnificent nature of Quebec with its lakes, mountains, parks and waterways, PLATONIS has since been in search of the picturesque, the meaning of which is as fluid as the form and whose main issue is not at all the exactness or faithful reproduction of the world, but the free imagination. It is evident from the paintings of this group that the artist blurs the lines between expressionism and surrealist automatism, eliminating and renouncing conscious control on the artistic process, replacing it with random choices.

Stylistically, all the works in the “-40c” exhibition by the artist Rapi Sota (alias PLATONIS) echo each other and the visitor can thus, while freeing his imagination, apprehend the evolution and the oscillation of the artist between three major movements: Expressionism, Surrealism and Abstraction.